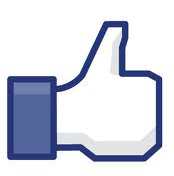 You’re always a journalist, I believe. You can’t separate what you say from what you write.

For that reason, I’ve always been a fan of Facebook, but I’ve had trouble reconciling what it does (broadcasting an issue I’m having with a cheesecake recipe) and what I do (managing an online team and directing our social media and communities strategies). For that reason, I’ve been on Facebook, but I’ve always been very cautious about having friends, what I like, and what I share.

Not exactly the model of openness and sharing that Facebook was designed for.

Enter Vadim Lavrusik at this year’s Online News Association conference. Vadim works for Facebook now, as its Journalist Program Manager.  He made a presentation on Facebook for Journalists (surprise), and I realized we just can’t ignore Facebook. The stats are amazing:

It’s a no-brainer. We have to be on Facebook. You know this, I know you do.
You also know it’s not just about posting links, it’s about creating dialogue.
Okay, so what about your presence on Facebook?

Enter Subscribe for Journalists. Lavrusik describes it like this:  Subscribe is a simple way to broaden your conversation on Facebook with your community of readers and viewers, while reserving personal updates for people you know well.
But wait, there’s more to Facebook than what you’re doing… Facebook is a tool.
By going to facebook.com/search, you are able to search posts by everyone on Facebook with their status updates set to ‘public’.
By searching groups (which you can filter by town or location), you can find local groups and relevant sources on your beat. You can build a Facebook rolodex.
Facebook literally gives journalists a foot in the door. At his ONA presentation, Lavrusik recounted a story he was working on while in school in New York. His main source, the girlfriend of a man who died, spoke to only him about the incident. She shut out all other requests from reporters for an interview.
Why is that? He asked her.
“Because you contacted me through Facebook. I was able to check you out, learn more about you. You were a human.” She read his posts, his thoughts and told him.
“You were a human.”
Related articles